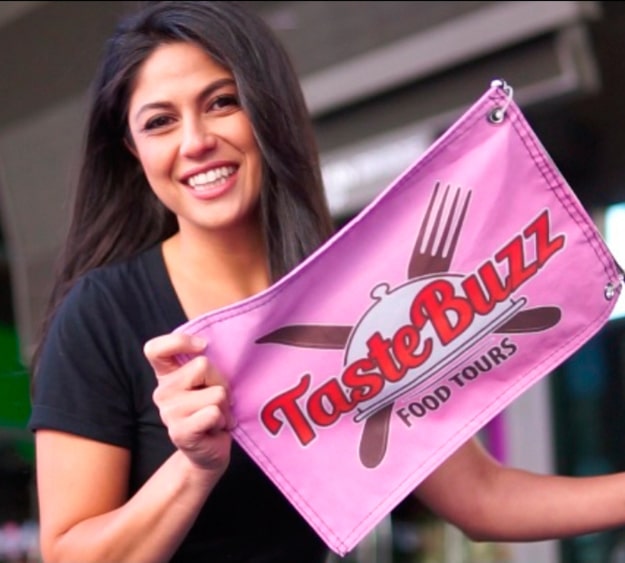 Club Crawls from Coast to Coast (and Beyond)

Whether you are jetting off for a long weekend in NYC or visiting family in the Midwest, you can make the most of your trip by signing up for a club crawl. If you’re unfamiliar with the city you are visiting, the best way to get a feel for the nightlife is to go on a crawl. Sure, you could Google nightlife in the city you’re visiting, but that’s for amateurs. People in the know always sign up for club crawls, because you get to skip the lines and get some of the best deals in the country. If you want to party like a VIP no matter which state you’re in, check out this list of the best club crawls in America.

VIP LA Club Crawl doesn’t mess around: They make sure you hit four or five clubs in one night. Their party-friendly hosts will lead you from venue to venue (on foot, so make sure you can actually walk in those stilettos, ladies) and escort you past the long line of desperate people who weren’t smart enough to book a crawl. All you need to do is book in advance and show up at the designated starting point. Dress to impress and have your ID at the ready.

LA Epic Hollywood Club Crawl will take you to four of the hottest spots in Hollywood. LA Epic offers a little more leeway, in that you don’t have to check in until they’ve hit the second venue. So, if 8 pm is on the early side for you, you can always catch the group by 10 pm, when most of the crew is a few drinks deep. Just like the VIP LA Club Crawl, you will not only skip the lines but also avoid the cover charge. Take advantage of the great drink specials as you tour some of the best hot spots that LA has to offer.

Even those in the tech industry like to party and when they do, they call on LA Epic Club Crawls to provide. LA Epic has now expanded to include a San Francisco Club Crawl. Same deal as in LA: no lines, no cover charge, no fuss. Check out the top hot spots in San Fran with up to 200 fellow partiers. Take advantage of this deal and possibly hook up with some of the smartest men and women in the country.

Everyone knows Vegas is the #1 party destination in the country. Why stand in line and settle for one club, when you can visit up to five bars, lounges, or nightclubs with Club Crawl Vegas? Skip the lines, the cover, and the BS: Party your ass off with one of the best club crawls on the West Coast. Two different tours run every Friday and Saturday night, so pick your favorite line up and prepare for a night you will never forget.

If you want one of the craziest nights of your life captured by a professional photographer, check out this Las Vegas Club Crawl. Free drinks, drink specials, and VIP access to each venue guarantee that you will have an amazing night. Make sure you’re camera ready and party into the early morning hours with this professional party crew.

For those of you who are into Old Vegas, you should check out Fremont Street Bar Crawl. This crawl offers a change of pace from the usual Vegas Strip action. This pub crawl is unlike any other. Dress to impress and experience the best of what Fremont Street has to offer with some of the best professional partiers around. With drink specials and VIP access, what more could you ask for?

If you’re a local tired of hitting up the same old bars or a visitor to the windy city, check out this Chicago Club Crawl. This VIP craw will take you to four of five of the hottest spots in all of Chicago. This city has some of the most underrated nightlife in the country, so take advantage of all the city has to offer once the sun goes down; join this crawl and get VIP access, drink specials, and no cover charge all night long.

If you are looking for a truly one-of-a-kind experience, check out this Miami Club Crawl. Miami is known for its partying, so take advantage and book your crawl now. You will get VIP access to all venues (no lines, no waiting, no desperation), drinks specials, no cover charge, and best of all: a party bus ride to the final venue! You can’t say you’ve partied with the best until you party with the people of Miami Club Crawl.

Though the other cities may be hard partying, you can’t say you’ve seen it all until you’ve done a New York Club Crawl with the team from LA Epic Club Crawl. Buy a ticket to gain access to four of the hottest clubs in the city. Perks include drink specials, no waiting, and absolutely no cover! Dress in your sleekest club gear and prepare to party the night away in the city that never sleeps.

If you want to party with the true VIP team, book a New York Pub Crawl in this joint venture from VIP LA Club Crawl and LA Epic Club Crawl. Hit the best bars in New York with the people who know the city’s nightlife the best. Your hosts will take you to up to four venues in the city (remember: there will be walking involved!). Enjoy drink specials and an inside scoop on the best places to party in NYC.

If you are an intrepid traveler and like to experience all aspects of foreign locales, look no further than this Gold Coast Club Crawl. This crawl will give you VIP access to some of the swankiest party destinations. Around ten million people visit this city every year, most of whom are looking to kick back and have a good time. Once you have taken in the beaches and restaurants, be sure to book a club crawl and see the best of what the Gold Coast has to offer. Aussies party like no other, so make sure you brought your dancing shoes and liver of steel.

If you’re a committed partier, this guide to the best club crawls in America (and abroad) will serve you well. For a preview of the absolute banger of a night you will have, check out LA Epic’s YouTube page. Always dress the part, bring good vibes, and take advantage of the drink specials. Good luck out there!La Epic Las Vegas Club Crawl