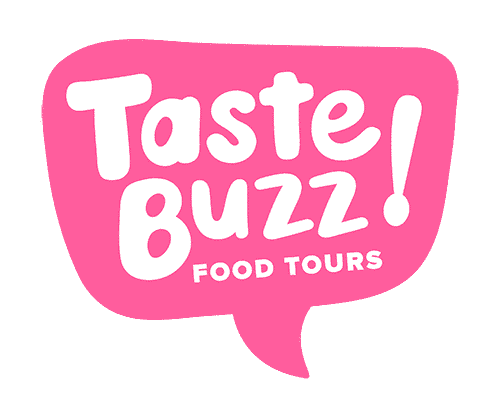 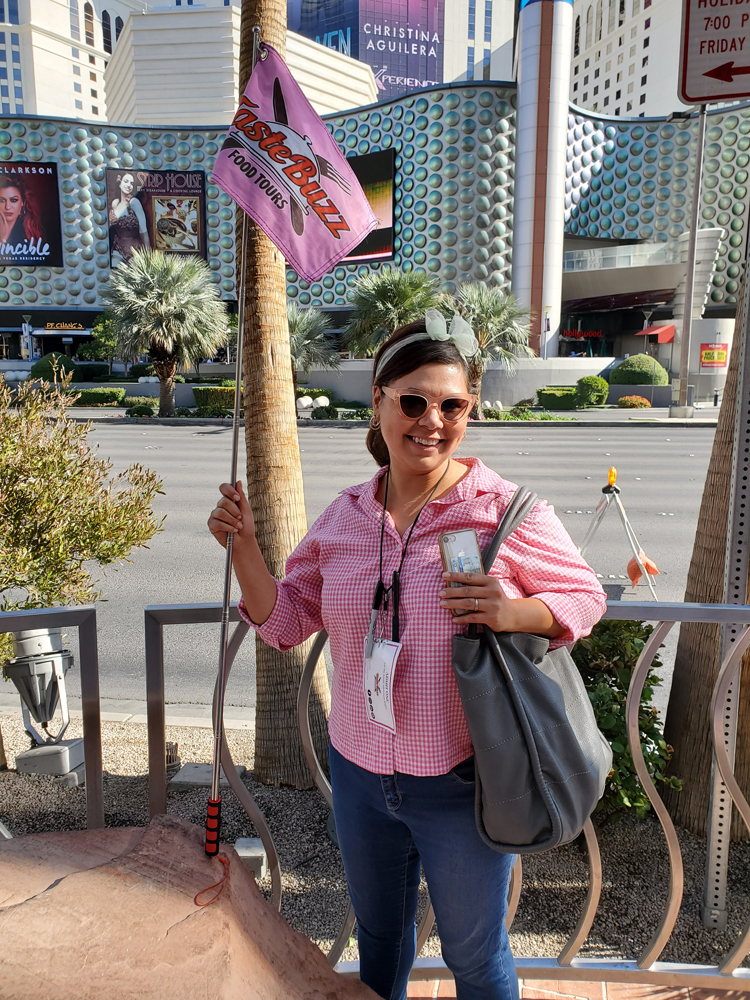 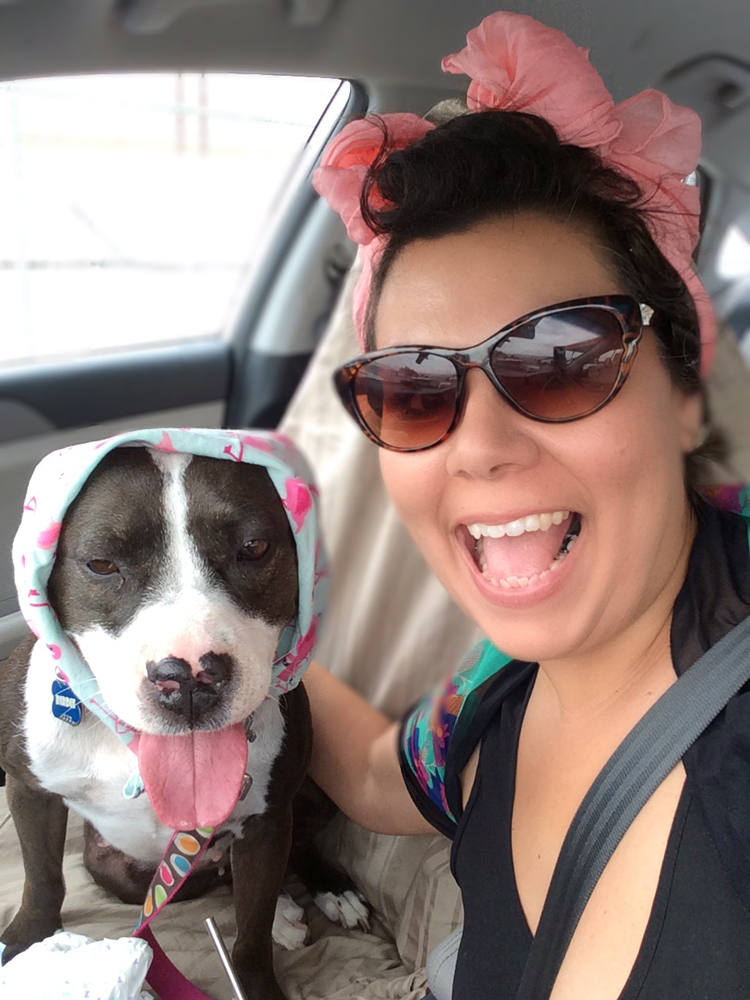 April worked as a bartender and food server at many bars and restaurants in NYC’s hot dining scene. Her most notable job was at Rocco’s on 22nd which was where the NBC’s reality TV show The Restaurant was filmed. April was the head bartender at the time and premiered as a regular in the 2nd season of the show.

“I’ve never known anything but the food industry, and coming from a Mexican-American background, everything we did was always based around food. I didn’t realize that families weren’t into food that much until I met my husband.”

In 2015, April moved to Las Vegas to be closer to her family. Her love for food and knowledge of the food and beverage industry landed her a job as a food tour guide with Taste Buzz Food Tours where she gets to share her passion with others. Her favorite part of the job is meeting people from all over the world.

“I get to hear about other cities and now I have a big list of places I want to travel to. Right now I’m obsessed with Paso Robles.”

Since moving to Vegas, April has also started a blog called Beyond the Lights where she shares her favorite Vegas activities to do off the Las Vegas Strip. If you land April as your tour guide, not only will April feed you a ton of information on the Las Vegas dining scene but you’ll she’ll share with you her recommendations of fun things to do from a local vantage point.

What is your favorite food?

Beans, all kinds of beans. I grew eating beans. You can do so much with them and there are so many different flavors. My dream is to work on a bean farm in California.

What was the weirdest food you’ve ever eaten?

Crickets. There was this awesome cricket appetizer at El Dorado (Mexican restaurant in Las Vegas) served with garlic and lemon and it was so good! But they took it off the menu…

Esther’s Kitchen. It’s fresh nouveau Italian cuisine with local culture and you get amazing food that would be 3 times the price on the Strip.

What’s your favorite activity to do in Vegas?

Where can we find you when you’re not showing guests on a Taste Buzz food tour?

I volunteer for the Nevada Preservation Foundation (an organization dedicated to preserving and promoting Nevada’s architectural heritage) or I’ll be hanging out with my dog.

Here's what our foodie friends say about April:

Great food, great guide! April  was an awesome guide! She was adorable, super friendly, and very knowledgeable. The food was great and walking around on the tour really helped my friend and I get a bit more familiar with the strip. I would definitely recommend the tour to anyone visiting Vegas. I know next time I go, I plan to try the other tours offered by Taste Buzz.
Carl
This was such an incredible experience. April was an exceptional food tour guide. She was knowledgeable, fun, and kept us entertained the whole time. I highly recommend this to any foodies or to people who want to check out the strip in a different way.
Jana
This was such a fun and unique experience! We had April as our guide for this tour and she was phenomenal. She was engaging, funny, and knowledgeable. Each place we stopped at was a fun surprise and I can genuinely say my husband and I would never have heard of most of them, or never have stopped in to any of them even if we had come across them on our own. After the tour, we felt like we had insider knowledge into the Las Vegas food scene. The food was all phenomenal and we felt full by the end. April also gave us a list of several of her other favorite places to eat around the city so we have fun places to try next time we visit. We would definitely recommend this experience to everyone who loves food and would like a unique look at Las Vegas history!
Kathleen
This experience went above and beyond for me! I had the chance to be guided by April and she's one of the most knowledgable and funniest people I've meet! She made me feel at home and gave great explanations about all the sites and food I ate on the tour. I can't recommend it enough, 10/10! Google
Lorie Wolfanger
Previous
Next 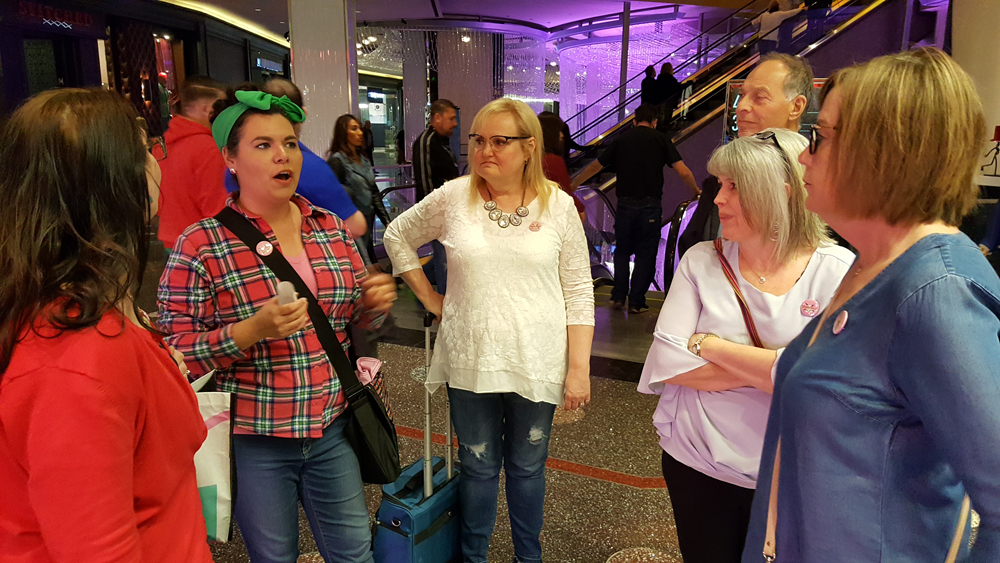